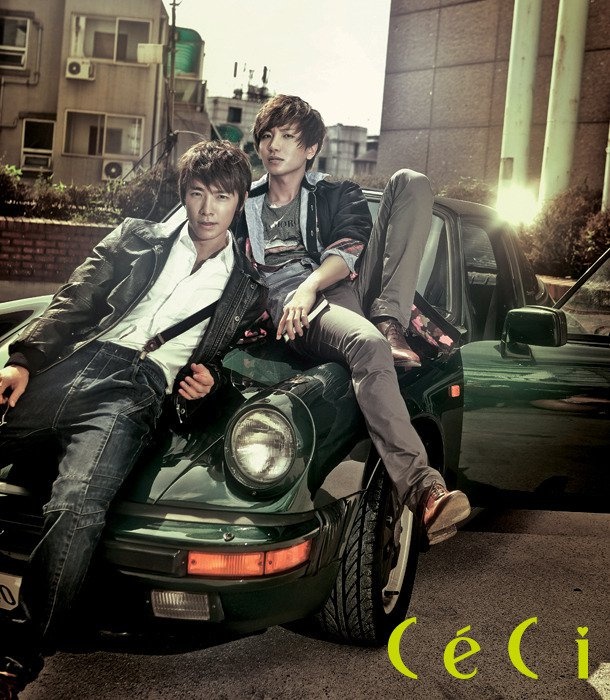 Super Junior Leeteuk and Donghae Involved in a Furious Fight?

Super Junior Leeteuk and Donghae were involved in a furious “fight.” On November 2, Leeteuk revealed photos through his Twitter account showing the Super Junior leader and his member Donghae having a “fight” in the air.

In the pictures, Leeteuk and Donghae look like they are floating in the air and having a battle. They even
demonstrated the actions perfectly.

The funny photos evoked laughter to their fans as they are playfully showing off different action stunts. Fans commented, “Oh! Cool shots!”, “They are so playful!”, “SuJu boys play like this! hahahaha!”

The photos were taken while they are spending their holiday in Saipan.

Super Junior
Donghae
Leeteuk
How does this article make you feel?