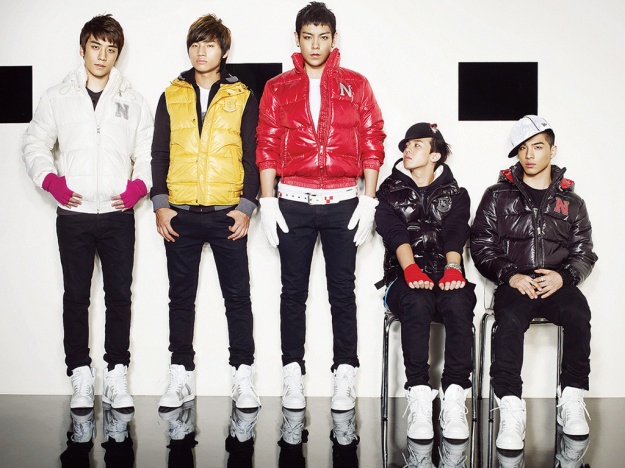 Big Bang’s Seungri: "The Opportunity to See Big Bang as Five in MTV EMA Is in Your Hands"

Big Bang’s Seungri got the VIPs all excited and hyped for the coming MTV Europe Music Awards with his recent post on his me2day account.

“Big Bang is nominated in the Worldwide Act category for the MTV EMA 2011, representing Asia,” the group’s youngest member said in his post. “The opportunity to see the appearance of the five people of Big Bang. Only you can make it.”

After five weeks of voting, Big Bang has prevailed among other acts to get the chance to be recognized as the MTV Europe Awards Worldwide Act of 2011 in the ceremonies to be held in Belfast on November 6.

Seungri is asking for our votes! So let’s keep voting for Big Bang on the MTV EMA website, on the official Facebook page, at the MTV EMA mobile site or downloading the official MTV EMA app on iTunes. Voting officially ends on November 5, 7:59 AM KST.

Big Bang
Seungri
How does this article make you feel?