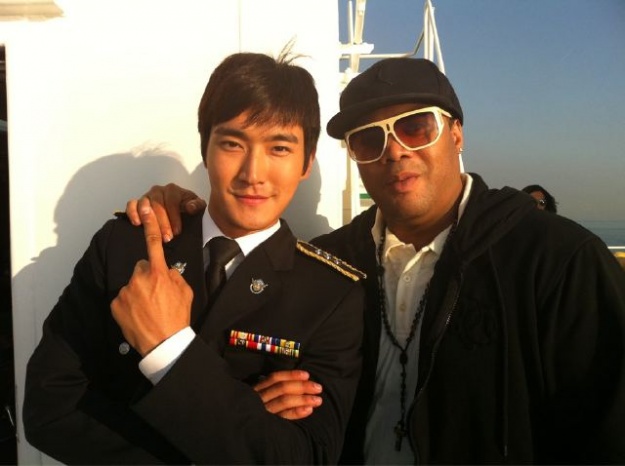 The producer, known for his work with chart topper Lady Gaga, visited the watery set of the drama “Poseidon” on November 3. Actor and Super Junior member Choi Si Won posted greetings and a photo of the two on his Twitter. Check out Si Won and Melvin’s tweets below:

Choi Si Won: “Thanks for visiting our set brother, and hope you have a good time in Korea :)”

Melvin Brown traveled to Korea in May to work with girl group JQT. He helped produce an international album for their possible debut in the United States.

Super Junior
Melvin Brown
Poseidon
How does this article make you feel?