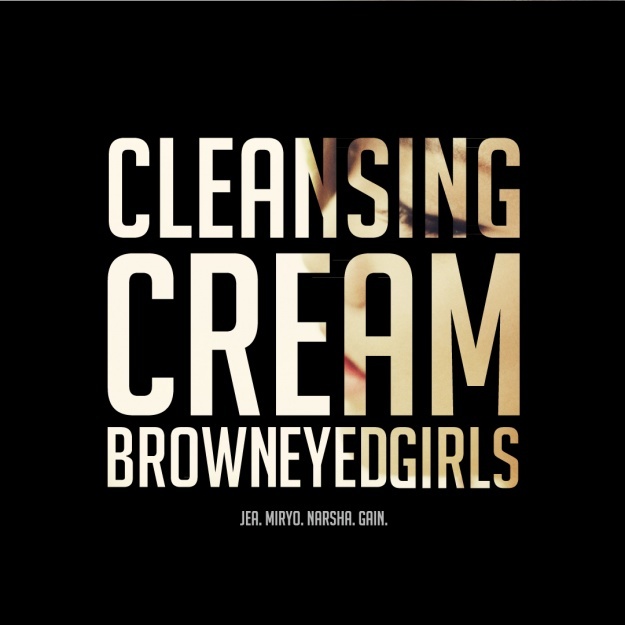 There’s no mistaking that the Brown Eyed Girls are currently one of Korea’s leading girl groups, but have you ever wondered exactly why they can claim that title? They have got to have something more than just a few catchy songs and a handful of members who can sing, right? Right.

“Cleansing Cream” is the epitome of a Brown Eyed Girls song, for so many reasons. For one thing, it’s solid proof that the Brown Eyed Girls pay attention not only to the song itself, but to the entire concept of the release, and that’s ultimately what sets them apart from everyone else. However, that isn’t to say that they don’t make good music. They do, but they couple that good music with strong concepts and a “wow factor.”

Pop music these days isn’t just about the music anymore, and while purists argue that it’s blasphemy for the industry to be like that, there’s really nothing anyone can do. The Brown Eyed Girls have managed to pull off an eye-catching, eyebrow-raising concept, all while delivering a strong song.

The title itself is enough to get you listening, the video leaves you confused and stunned, but it’s the song itself that ties everything together and somewhat delivers the final blow. The Brown Eyed Girls are an experience in themselves, and you have to couple listening with visuals, and a bit of thinking.

“Cleansing Cream” by itself has already been compared to numerous, previously-released songs. But going back to my main point, when looking at Brown Eyed Girls releases you cannot just judge the song on its own — all the elements of their releases are interrelated and cannot be taken apart. As a song, in a sense it is mainstream, but that’s the point – it would be overkill if they were to put out something completely off the map and then couple that with the same video they used. They key to “Cleansing Cream” is balance.

And as a release, “Cleansing Cream” has the right balance of shock, emotion and familiarity to appeal to the masses. The title is intriguing and quite unusual, effectively drawing in listeners. The song itself sounds very gentle, with minimal high notes, smooth, raw vocals and a subdued rap portion, but with just enough kick to not lull you to sleep, courtesy of a gorgeous string section. It’s a familiar sound, and it also balances out the very intense and somewhat shocking video, which can be interpreted in numerous ways.

Brown Eyed Girls
review
How does this article make you feel?