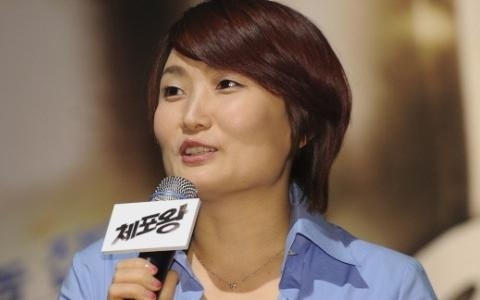 Through her special donation, Park Kyung Lim has comforted the hearts of mothers who have and are struggling through the duration of their childbirth, even after experiencing a loss herself.

Not long ago it was known to the public that Park Kyung Lim had to undergo surgery after losing her baby at six months through a miscarriage. This unfortunate news came as a shock to celebrities as well as her many fans. While she was hospitalized she spent her time in the neonatal emergency ward with the other mothers and their newborn babies and was able to see the troubles and listen to the unfortunate stories of the other mothers. Because hospital care for newborn babies is crucial and requires a lot of time and careful treatment, the medical bills are a big burden on the families. Especially if it is their first child, there is that much more pressure and worries about raising a child. So with the stress of having to deal with finances and looking after the baby, the mothers spend most of their time just worrying. Being a mother, and also losing her second child, Park Kyung Lim was able to relate to the hardships that the mothers went through, and shared those feelings.

After learning about these hardships, Park Kyung Lim donated 10 million won (around USD 9000) to the Neonatal Unit, and asked the hospital to use it for neonatal treatment. Even at a time like this, when she herself is suffering, she was still able to comfort others. Because this donation was given as a personal donation, it was only known to those in the hospital management committee.

One hospital official stated, “Parents of babies who gained full recovery after receiving treatment from our ward, or parents who were able to give birth after a long wait or other unfortunate circumstances, often donate to the hospital as a sign of gratitude. However, in the case of Park Kyung Lim, it is the first time that someone has donated to the hospital even after losing a child. When we asked her about the reason for this donation, she told us that she didn’t want other parents to experience what she had gone through. Seeing her think of others and comforting others in her current situation, I was very moved and touched. She really is a great person.”

Park Kyung Lim’s agency representative revealed, “We also did not know about this fact. But I think she didn’t want this to become an issue, so she just kept it to herself.”

Park Kyung Lim’s beautiful heart shines through with this act of kindness.

Park Kyung Lim
How does this article make you feel?