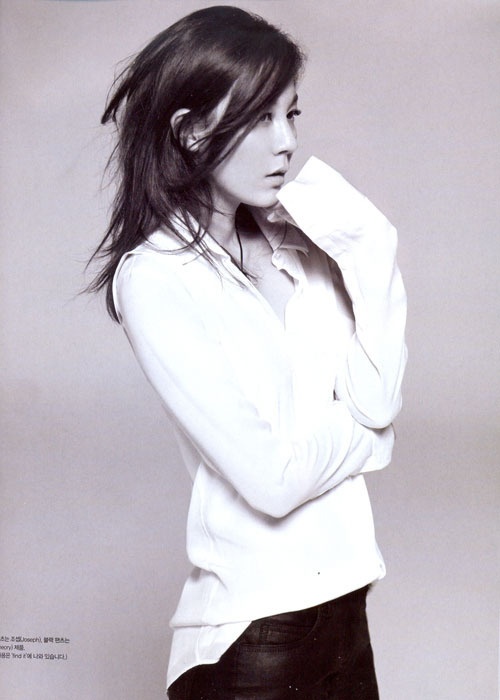 Kim Ha Neul is shown wearing simple outfits such as a grey singlet instead of something more glamorous, but that doesn’t lessen her charms in this minimalist photoshoot. The gaze of her eyes are the most captivating of all, exuding an elegance in her natural poses before the camera lens, enhanced further by her slightly tousled hair.

Netizens were in awe, with some commenting, “It’s as if she is back to her debut days again,” “The never-changing beauty of the goddess,” “If I could be born again with a face like this…”

Kim Ha Neul
Vogue Korea
How does this article make you feel?