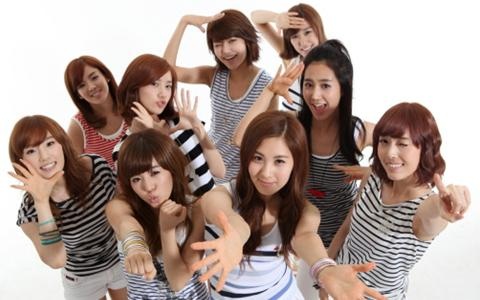 Expectations Rise as SNSD’s Preview for Dream Team is Released

All the members of SNSD will be appearing on next week’s broadcast of KBS “Dream Team.”

At the end of this week’s broadcast of KBS 2TV’s “Dream Team Season 2,” which was aired on November 6, a preview was released for “End of Season Special: SNSD Olympics” which will be aired next week. After this preview was aired, it has been gathering a lot of attention, as well as high expectations.

The preview showed a short glimpse of the ‘200m Fast-Walking Race’ where there was non-stop laughter and Tiffany trying to cheat. Other games that were shown were: ‘1-on-1 Tower Stacking’, the rough ‘Iron Bar Wrestling Match’ and lastly ‘Survival Capture the Flag’. But what also gathered a lot of attention was the short cut of Taeyeon lying on the mat unable to control her laughter.

People who viewed this preview showed hot responses such as, “I must watch it next week,” “I’m looking forward to next week’s episode,” “The girls are taking over Dream Team!” “It’s going to be a great episode!” and “I wonder how athletic the girls are.”

On the other hand, on this week’s episode of Dream Team, Choi Sung Jo, Lee Sang In, Son Ho Young, Lee Hyun (8eight), Park Jae Min, Heo Gak, and Jeon Woo Sung (Noel) went against champion Yamakashi in a five-staged obstacle course. With the extreme participation of Park Jae Min and Choi Sung Jo, the Dream Team were able to come out as the overall winners.


Dream Team Season 2
How does this article make you feel?