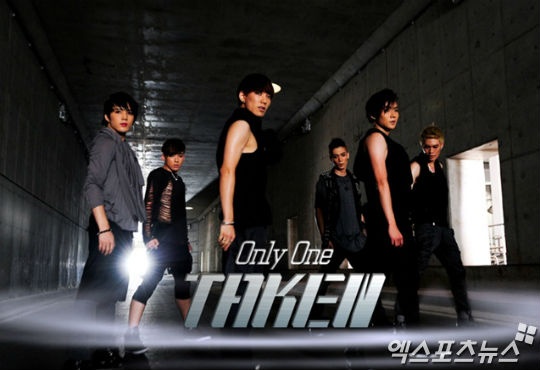 Public Appears to be "Taken" with New Rookie Group

Last week the rookie group Taken debuted with their single, “Young Boy”. The six members that make up Taken are: Seong Won (leader), Da On, Tae Hyuk, Seung Yeol, Kun Woo, and Yoo Joon. On November 3, the group released their debut mini-album, “Only One”. The group is just a week old and much is still unknown about the members but they already are creating a buzz amongst music fans.

Taken might appear to be your standard boy group but there is more to them than meets the eye, or the ear. Even though the boys were created by Excellent Entertainment, the company has had a “hands off” approach towards the group (aside from discovering and forming Taken). The members were in charge of choosing their concept and debut, something that is not often seen in K-Pop. Their name, Taken, was chosen to represent their intentions to capture the attention and hearts of the public as it was decided amongst the members themselves.

They also were in charge of selecting which tracks they would record, which song would be their title track, and finally the subsequent songs that were to make up the track-list of their first release. This decision was made solely by the members. The mini-album’s final track-list consists of three songs: “Young Boy”, “Hold Up”, and “Only You,” which the fellas decided was a perfect representation of their talent and musicality along with all the time, effort, and pride they put into producing the album.

Their title track, “Young Boy,” is catchy and easily likable by the masses as it is, for the most part, your usual K-Pop fare. The track has a powerful sound and beat that is infectious, which is accompanied by a chic and sophisticated style. Also worth noting is the song, “Hold Up,” which is just as good if not better than the album’s single.

As of now the group has not made their presence known on music shows, but already the music video for “Young Boy” has been honored as being the most viewed on various sites. The boys may not have had their official debut stage yet but one thing for sure is their style, sound, and “shoulder dance” is certainly attracting attention.

The group is scheduled to make their first appearance on KBS “Music Bank” on November 18. Taken is definitely worth a listen as these boys sure have potential for being the next big thing.

Be sure to check out Taken’s music video for “Young Boy” below:

debut
MV
Music Bank
How does this article make you feel?