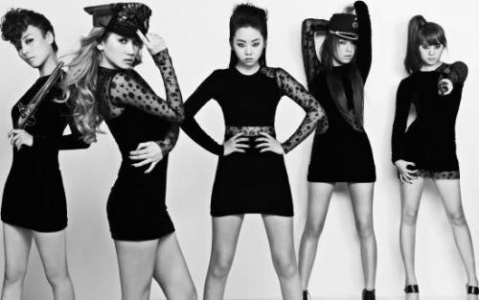 The Wonder Girls’ came back with their second official album, “Wonder World,” and is currently dominating the music charts.

Since releasing their new album, the title track, “Be My Baby,” has claimed the number one spot on numerous online music charts such as Melon, Bugs, Mnet, Soribada, Olleh Music, Cyworld, Monkey3 and more. The rest of the other 11 tracks from the album also took high rankings on the majority of these charts.

Not only did the Wonder Girls receive help from Beyonce’s choreographer and Katy Perry’s stylist, they also worked on a couple of tracks in the album themselves. Ye Eun composed and wrote the tracks, “G.N.O.” and “Me, in.” Yubin wrote the rap for “Girls Girls,” “Me, in,” and “Sweet Dreams.” Hye Lim also wrote the rap part for “Act Cool.”

Sun Ye and Ye Eun show off their soulful voices in the track, “Doo Go Doo Go” (Long Long Time), and Sohee and Yubin show off their fresh and chic charm in “SuperB.” And last but not least, Hye Lim found her chance to shine with her solo track, “Act Cool,” featuring San E.

“Be My Baby” is quickly receiving much love due to it’s colorful combination of retro and trendy sounds. The song holds sweet lyrics of a love confession and a soulful but modern beat. “Be My Baby” will also be part of the “Wonder Girls at the Apollo” soundtrack.

The Wonder Girls are preparing to officially start their promotions and getting closer to the masses by appearing in more variety and talk shows.