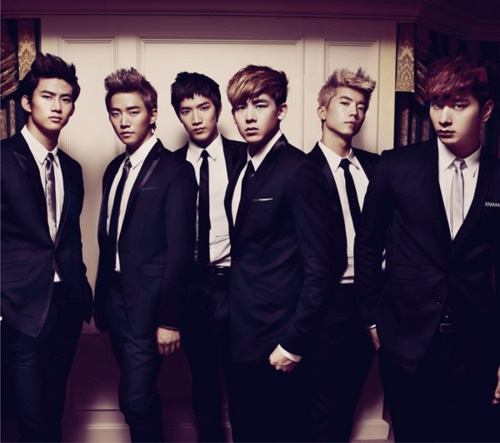 2PM Reveals Tracklist and Jacket Cover for "REPUBLIC OF 2PM"

2PM has just revealed the tracklist and jacket cover for their first full-length Japanese album, “REPUBLIC OF 2PM.”

The album contains some of 2PM’s earlier releases in Japan such as “Take off,” “I’m your man,” and “Ultra Lover.” The album will also include five previously unreleased tracks including a song composed by Junsu. It will also come with Japanese versions of 2PM’s Korean hits, “I’ll be back,” “Without U,” “Heartbeat,” and “Hands Up.”

“REPUBLIC OF 2PM” will be released on November 30. The album will be available in three versions – a regular version and two limited CD+DVD versions. 2PM also recently released a new Japanese single, “Ultra Lover.” Meanwhile, the group is getting ready for the “Hands Up” tour in Malaysia and Singapore later this month.