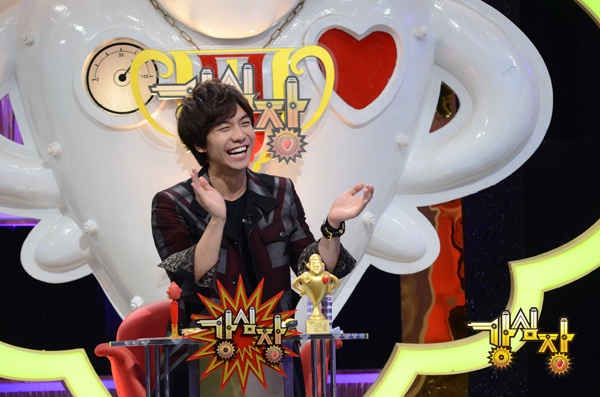 Seo Kyung Suk, “My wife, who is 13 years my junior, she is similar to Lee Yoon Suk.”

The newlywed husband that is still enjoying his newlywed life. The angelic and smart MC, Seo Kyung Suk. His ideal love of his life is Lee Yoon Suk? The first impressions of his wife, who is 13 years his junior, was really similar to Lee Yoon Suk. The full story of how he ended up marrying his wife will be revealed. And Seo Kyung Suk’s serenade of love to his wife will be revealed for the first time on “Strong Heart.”

The super-mum with two kids but on stage she is a talented actress that tugs at your heartstrings. Song Chae Hwan. She has a little YoonA? Song Chae Hwan’s little princess daughter that looks exactly like YoonA will appear on the show. Along with her children, they will re-watch the heartwarming moment when they were born through water-birth.

The girls have returned after conquering the world. The lovely goddesses, SNSD’s Yuri and YoonA! SNSD’s diet menu caused shock to everyone that is currently on a diet but finally the truth behind their menu will be revealed. Shocking report, what is the sack of food that was found in SNSD’s waiting room? The girls felt like fried chicken in the middle of the night, their unique way of ordering food will be revealed.

Taeyeon, Tiffany, “SNSD, they show off their charms in the plane.”

The joyful girls show off their sexy charms, SNSD’s Taeyeon and Tiffany. SNSD, they grabbed the cabin microphone during a flight? The people in the plane were completely absorbed by the girls’ charm. What happened in the cabin that day? They are full of smiles when they are together. The daily lives of the girls that are full of endorphins will be revealed on the show.

▶Round 3, Lee Hong Ki Vs Sayuri

The charming vocalist that is full of childish charms. The handsome and pretty band vocalist that has swept over Japan, F.T. Island’s Lee Hong Ki. What is it that he gets maintained every week for an hour and a half? Hong Ki’s unique nail art methods will be revealed. It’s a massive $9000 for him to wave his hand once? The secret story behind his luxurious hand wave will also be revealed on the show.

Sayuri, “The guy that used me.”

Her bizarre charms have entranced people, the master of bizarre conversations, Sayuri! There was a man that ripped her heart apart? The story about Sayuri’s guy causes the people in the studio to get up in arms. Sayuri’s full story about her relationship will be revealed on “Strong Heart.”