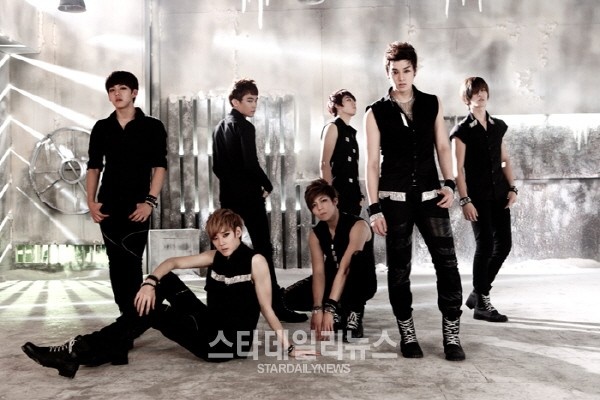 On November 6, idol group U-Kiss completed their “Neverland” promotions on SBS’ “Inkigayo”. What the group has in store is rather exciting as they set their sights on the international stage. Yesterday, U-Kiss attended the Korea and China Music Festival that was held in Beijing. Prior to the performance, a fan meet took place at which U-Kiss was able to greet their devoted Chinese Kiss Mes. Following their performance in Beijing, the guys will move on to meeting and entertaining fans in Taiwan and Hong Kong.

The members won’t have much of an opportunity for a break, as they will then travel to Japan. On November 22, the group will leave for Japan in preparation for their official Japanese debut. The group’s debut is scheduled for December 14. Be sure to watch for it.

U-Kiss intends to not only promote in Asia but across the globe as well. Recently the demand for the seven-member group is on the rise. They have quickly become one of the most sought-after artists by international fans. The United States, Europe, Brazil, and many other countries are interested in seeing them perform. The recent sharp increase in international interest can be attributed to the members’ precise and powerful choreography, vocal talent, as well as having members well versed in multiple languages. The group’s members are fluent in English, Chinese, Korean, and Japanese, making them perfect candidates for promoting in countries around the globe.

The public will be putting much attention on their upcoming Japanese activities. However, this will not be the first time U-Kiss has been to Japan, where Avex had previously held a sold-out U-Kiss fan meeting. This will be the first time the group will be officially promoting in the country. They will make their debut by releasing a brand new Japanese language album in mid-December.

Anticipation is high for U-Kiss’ Japanese debut, considering the fact that without officially promoting, they were able to attract a large number of fans. The group is expected to be successful and do well with their Japanese promotions.

Here’s to wishing U-Kiss all the best overseas!