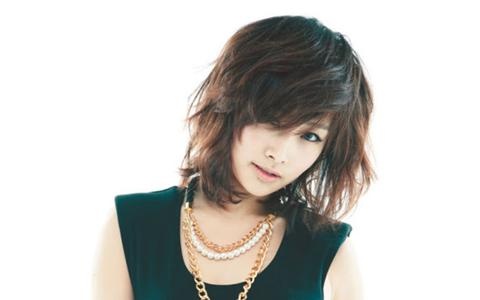 KARA’s Nicole has been receiving a lot of attention after a picture of her new body after dieting was released.

On November 9, a post with the title “Nicole’s successful diet. Her figure has changed dramatically” along with a photo, was uploaded onto an online community website.

The person who posted the photo also attached the comment, “Kang Jiyoung. Park Gyuri. Is that Nicole in-between them? Her face is Nicole, but her body is like Hara’s… After going through the diet, it looks like she lost all her leg fat too! I guess now we have to forget the healthy legs that Nicole used to have.”

The photo that was uploaded was a shot captured of KARA when they appeared on a Japanese Program. In the photo we can see the members wearing cute pink outfits and also shows them participating actively within the show.

But what really captured the attention of viewers was Nicole’s new body. In the past Nicole was well known for her slightly muscular legs, but now we can see that there is nothing muscular about them. They have now become the type of legs that all women wish to have.

Netizens who came across this photo showed enormous responses such as, “Her muscles have been terminated!”, “Nicole you’re the best!”, “Nicole, I think you are incredible to have achieved this body”, “I heard that Nicole really likes to eat… in order to have lost this much weight, she must had to have gone through a lot”, “I think Gyuri has also lost a lot of weight”, “She looks like the Barbie doll I used to play with when I was little.”

In other news, on the November 23, KARA will be releasing their first full-length album in Japan that will contain songs such as “Jet Coaster Love”, “Go Go Summer”, “Winter Magic” and other songs from their 3rd Korean full album.

KARA
Nicole
How does this article make you feel?