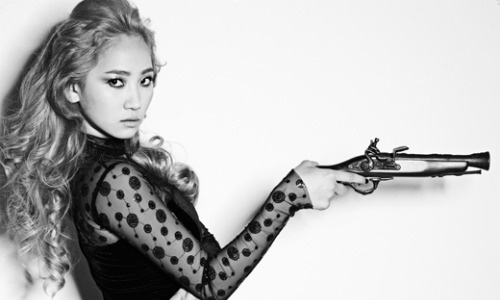 Wonder Girls’ Ye Eun Takes on the Alias “Ha:tfelt” as a Producer

Girl group Wonder Girls member Ye Eun has unveiled her name as a producer and foretold an active pursuit of activities.

Ye Eun has recently made a post on the Wonder Girls fan café, stopping by briefly to introduce the new Wonder Girls album. Through this album, she has made a new name for herself as a producer by writing and producing one of the listed songs “G.N.O.” as well as participating in the rearrangement of Shin Joong Hyun’s hit track “Beauty” into the Wonder Girls rendition, “Me, In.”

In relation to her participation in the album, Ye Eun has said, “The people who bought the album would know, but you see the weird English that’s beside my name, right? That’s my alias. Ye Eun and Yenny are my names as a singer, but I wanted a name as a producer so after giving it a lot of thought, I chose ‘heartfelt’. The word meaning sincere and from the heart came to mind.”

In addition, she explained, “However, there was some opinion saying that it was too feminine, so producer Park Jin Young suggested that I change the way I write it – according to the phonetic transcription. In American English, it was written Ha:rtfelt, and in the British English, it was Ha:tfelt. Since in America, Hot is pronounced Ha:t, Ha:t contains the double meaning of HEART and HOT!”

She also requested future anticipation with, “Therefore, I chose the name ‘Ha:tfelt’, containing the original meaning sincerity as well as the alternate definitions meaning passion and hotness. You can just pronounce it comfortably as Heartfelt! It’s a name you guys will be seeing from time to time.”

At the end, she inquired about the reactions of the fans with, “This album is really the album containing our blood and sweat. Each and every song was heard together by us and chosen, then recorded laboriously throughout the night. So it’s too hard to choose the best song!!! Which song do you guys like the best?”

The Wonder Girls have released their second official album “Wonder World” and is sweeping the charts with their new title track “Be My Baby.”

Wonder Girls
Ye Eun
How does this article make you feel?