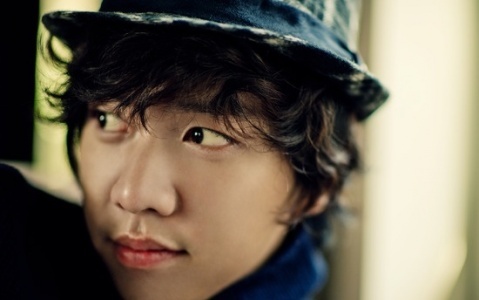 Lee Seung Gi has been known for a variety of admirable traits other than his singing skills, such as his academic prowess, honest personality, and most important of all, his generosity.

On the November 13 episode of KBS2 “Happy Sunday- 1 Day 2 Nights,” it was revealed that Seung Ki’s nickname among his fellow members was the “Generous Emperor.” While camping for the night on their “Kimchi Road” expedition (in which the members set upon the mission of finding the top five representative types of kimchi and their respective regions), the cast members decided to talk about current events. The chief producer of the show, Nah Young Suk, revealed that “Last week, when it was producer Park Min Jung’s wedding ceremony, Seung Ki came and gave her a refrigerator as a wedding present.”

Upon hearing this, the other members were taken aback and all stared at Seung Ki, who, slightly embarrassed, casually joked “It’s the least I could do, I mean, you guys did the same right?” which resulted in a burst of laughter.

Lee Seung Ki has been one of the most sought-after models in the advertising industry lately. He’s also the main sponsoring model for Samsung’s Zipel refigerators.

Lee Seung Gi
Happy Sunday
KBS2
How does this article make you feel?