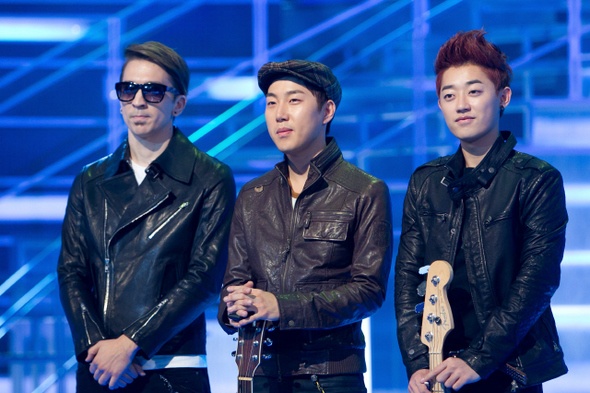 Runners-up of the MNET SuperStar K3, Busker Busker, whose members include Jang Bum Joon, Brad and Kim Hyung Tae, officially announced their intention to put a halt to their activities temporarily.

Through MNET, the group itself declared on Nov. 14, “Our group was formed in recent times, we need time to think about Busker Busker’s identity and our activities after SuperStar K3.” The group also declared, “We do not feel comfortable enough to appear in front of media and in public if our worries are not solved. MNET and CJE&M were willing to give us the chance and the suggestion to take a break time.”

Further this announcement, Busker Busker cancelled almost all their activities, like the interview with the press expected on Nov. 14.

One of MNET’s representatives said, “We decided for a break because at the moment Busker Busker’s future is more important than their activities. We hope that the fans of Busker Busker will understand.”

After the last episode of Super Star K3, Busker Busker officially recorded on Nov. 12 their final mission song “I Believe“, a song of Lee Soo Young‘s, which was released online on Nov.14 and jumped to the top of online charts.

However, Busker Busker said they will participate in the “SuperStar K3 Top 11 Concert” that will start on December 17 at Seoul and will be held in five different cities. All the Top 11 singers will be present except for Chris, who declared he will not be there for personal reasons.