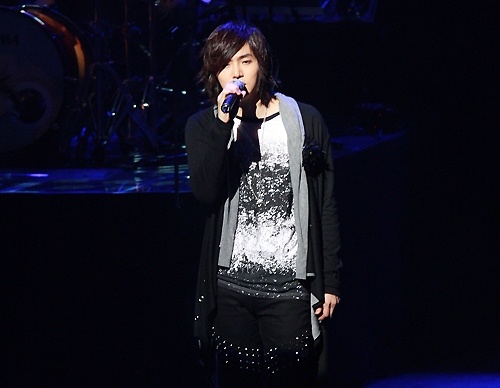 On KBS “Star Life Theater,” he said for the first time that he has been dating a girl for seven years. He is the only un-married band member in Boo Hwal and is known for his husky singing voice and his dreamlike, sexy charisma.

He said that his current girlfriend is his first love. They had once broke up, but got back together.

“Why didn’t you tell that you had a girlfriend?” one of the staff asked. “She’s not a celebrity. I wanted to respect her privacy and her personal life,” Jung Dong Ha said with a shy smile.

“She has an ordinary life, working in a company. She’s been there for me all the way up until now, loving me for the way I am without complaining. Isn’t she such a lovely person?” Jung Dong Ha says, with a bragging tint in his voice.