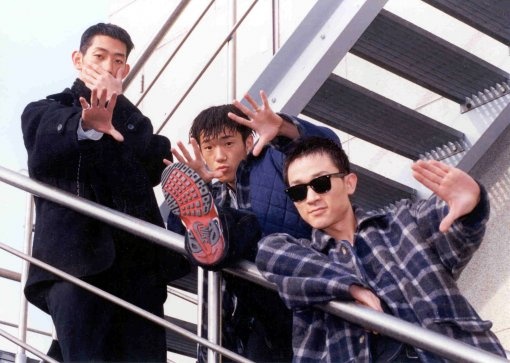 DJ DOC Apologizes for Insensitive Comments After Being Filed a Lawsuit

Park Jung Hwan was part of DJ DOC when they first debuted in 1994, but left the group right after their first album. On KBS “Happy Together Season 3,” the Hip Hop special, Dynamic Duo and DJ DOC were invited to the show. The talk carried on and they talked about their albums and their stories behind those albums. Soon the talk reached the issue of Park Jung Hwan’s leave and DJ DOC’s leader, Lee Haneul, jokingly said that it was because he was rhythmically impaired. On November 15, Park Jung Hwan filed a lawsuit against the current DJ DOC members for defamation.

On the same day, November 15, Lee Haneul featured on SBS Power FM “Kim Chang Ryul’s Old School” and apologized to Park Jung Hwan. “The matter came up naturally as the talk went on. Sorry about that… We didn’t think too far ahead. I hope we work things out without complications and our friendship does not get jeopardized after this,” said Chang Ryul, the other member of current DJ DOC.

“We didn’t think you’d get hurt by those words so we brought it up. I sincerely apologize. But as friends, we could have settled things by talking it out ourselves. Filing a lawsuit against us seems a bit extreme,” said Lee Haneul, sounding a little hurt.

Right after their apologies, they half-joked, “Jung Hwan! We’re sorry but you’re still a rhythm-impair. The reason why you had to leave was not because you were rhythmically impaired but because you were better looking than us. Let’s settle things out well. We’ll buy you a car.”

Since leaving the group, Park Jung Hwan has started his own car dealership, which has been quite successful.

The true reason why Park Jung Hwan has left the group was because of conflict of interest among the members. Lee Haneul kept complaining about how Park Jung Hwan used a fake age and he was rhythmically impaired. Upon agreement between Lee Haneul and Kim Chang Ryul, Park Jung Hwan had to leave. However, they all kept a good relationship among them up until now.

I don’t think their friendship will shatter by this matter but I think DJ DOC does need to think before they speak a little, even if it’s for fun on a talk show.

DJ Doc
lawsuit
How does this article make you feel?