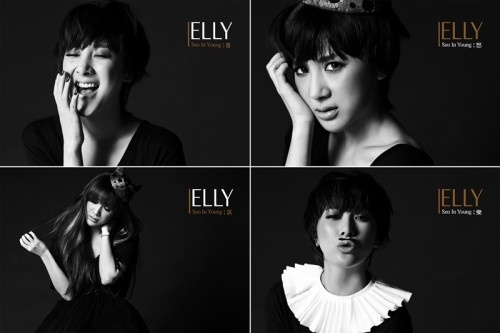 Fully acknowledged as a powerful singer and gorgeous diva, Seo In Young reappeared into the K-Pop scene after six months with a colorful comeback. On November 18, KBS2’s “Music Bank” aired its weekly episode where Seo In Young performed her title song “Oh My Gosh” from her mini album “Laughable.”

Not only was her comeback presence fully noted with her unique singing style and addictive voice, but so was her fashion. Grabbing the viewers’ eyes with her vivid fashion of a “black on red” theme, Seo In Young was in full control of her performance, and was both visually and aurally pleasing.

Wearing red plastic boots that covered her knees with red hot pants that functioned as a corset, enveloping her mid-section, Seo In Young went for an eye-catching and trendy fashion which she pulled off very nicely. What was most unique about this looks was the fact that her attire revealed very little of herself. What was visible – her thighs and upper stomach – seemed to have more of a visual appeal than the accustomed fashion of fully revealing the legs and mid-section as other female idols do. All this was completed with a tight black top that contrasted greatly with the red at the bottom, but provided a interesting flair that matched her song “Oh My Gosh.”

With an energetic beat, trendy melody, and filled with explosive vocals, “Oh My Gosh” reveals a story about how love should be maintained and warns men of falling into love for the sake of having a girl, and not for the feeling itself. Going with the genre of electronic, Seo In Young takes this new turn and provides an upbeat song that seems to go well with her choice of dress.

Seo In Young’s mini-album “Laughable” displays the many traits her title song does, filled with refreshing sounds with a confident voice.

KBS2
Seo In Young
How does this article make you feel?