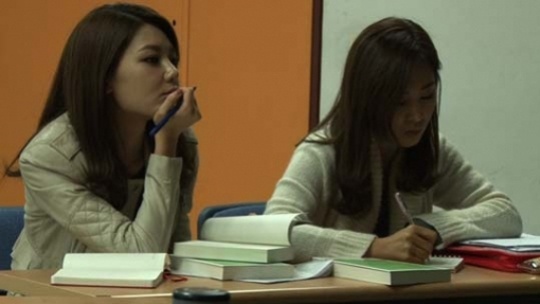 The everyday life of SNSD‘s youngest member, Seohyun, as a college student will be seen in an upcoming episode of KBS 2TV’s show “Star Life Theater.”

The show, which is to be broadcast from November 21 to November 24, will display Seohyun’s student life and fresh image not as an entertainer but as an average student captured on film.

Seohyun is currently attending Dongguk University’s department of Arts and Theater as a sophomore.

As a singer, she is always seen as a hard worker while on stage. While her image as a college student is obviously different, she keeps the same mindset of a hard worker as explained by one of her professor from Dongguk’s Department of Arts and Theater.

“She once told me that even if she gets an “F” or is put on academic probation, she would still work hard and still attend classes until she gets better.”

Her student life has always been kept private and separated from her celebrity life. While SNSD’s Seohyun is very popular as a singer, she prefers to be the average student and is thus simply known as Seo Juhyun on campus.

On the show,viewers will get to see Seohyun’s life as a normal student,who attends school on her own by taxi, without her manager or any other staff from the company. When it’s lunch time,she sits, chats and eats with her friends as any other student would.

KBS 2TV
Star Life Theater
How does this article make you feel?