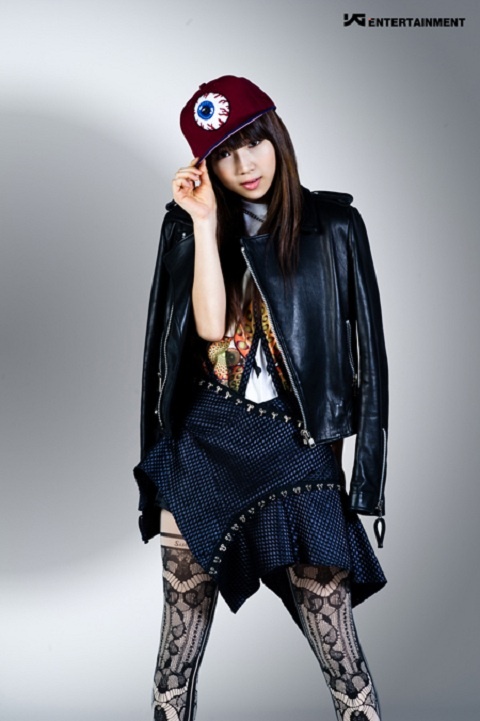 On November 21, YG Entertainment revealed the profile photo of their newest girl group member Kim Eun Bi. The profile picture was released through YGE’s official blog, “YG Life,” which was the first time Kim Eun Bi appeared in public since the end of Mnet’s audition program “Superstar K2” more than a year ago.

“Kim Eun Bi has been training every day lately, and has dropped nearly 8 kg compared to her ‘Superstar K2’ days,” YGE told Star News. Kim Eun Bi made it to the “Top Six” during Mnet’s “Superstar K2,” and was signed by YGE shortly after her elimination.

“The new girl group fans will get to see next year will be comprised of five to seven members. We haven’t finalized on anything yet so the members are still competing for the final spot,” YGE said.

It continued, “All the members will be aged between 15 to 19 years old. Therefore, we decided to include a ‘no plastic surgery’ clause in their contracts. We don’t necessarily think plastic surgeries are bad. But for the teens, health issues could arise following procedures, and they could lose their unique charms as teen artists, so we decided to include that clause.”

“That clause was decided upon internal discussion with all the prospective members. YG’s new girl group will be a team that will give you the unique freshness and purity of teens,” YG added. Earlier today, it was reported that YGE included a “no plastic surgery” clause in the contract with their upcoming girl group slated to debut in the first half of next year.

Here is a picture that compares Kim Eun Bi (When she appeared on Super Star K2):

Kim Eun Bi
Superstar K2
How does this article make you feel?