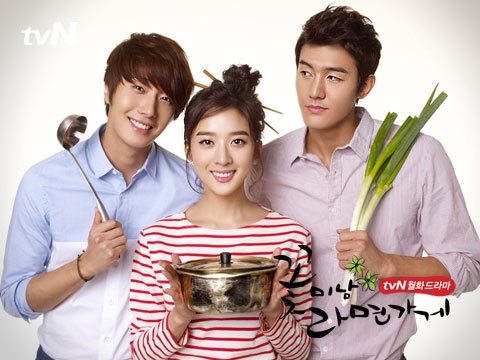 The “Flower Boys of the Ramen Shop” will be getting a visit from top actresses Gong Hyo Jin and Jeon Sae Hong in the November 22 episode, according to reports from local news agencies. The two actresses will be appearing in cameo roles for the drama.

A photo of Jeon Sae Hong in her guest appearance surfaced on the Web. Her fancy printed top, short leather mini-skirt, fishnet stockings and chunky accessories provide a clue into the “hippie” role she will be playing. She is said to threaten Lee Chung Ah’s character.

On the contrary, there are no details released about Gong Hyo Jin’s role, only that the “Best Love” actress will be making a guest appearance.