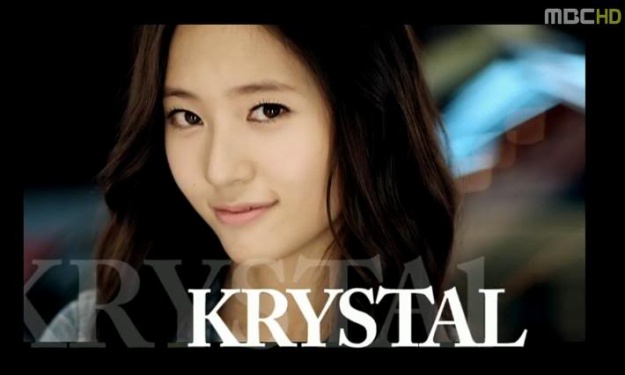 Her Rude and Violent Character is Her True Nature? Anti-Fans? Jessica’s Younger Sister? “That’s not who I really am…”

On November 16, Krystal of the girl group f(x), who is currently starring in “High Kick 3: The Short Legs Strike Back” held an interview with Chosun at the MBC Dream Center in Ilsan. Some may know her as the younger sister of SNSD’s Jessica.

Krystal is currently playing the role of Ahn Soo Jung, a high school student who had to give up her studies overseas because of her father’s failed business. Ahn Soo Jung is quite a violent character as there were scenes where she physically fights with her father in order to keep her room as well as her brother in terms of revenge.

She said, “On the outside, it may seem like Ahn Soo Jung has a lot of greed and obsession, but she is a deep person who loves her family. She doesn’t act that way because she dislikes her brother or father – actually she likes them a lot and she wants to receive attention from them. That’s why she always fights with them.” Krystal is also showing off her excellent English skills. She says that it is all due to her being born in America and attending foreign schools when she lived in Korea.

Ahn Soo Jung is a character that was directly based off of Krystal. This was the decision of the director, Kim Byung Ock. Director Kim even said, “I don’t want her to practice much. I want her to be herself.” When this news got out, some exclaimed, “Well then, isn’t Ahn Soo Jung how Krystal really is in real life?” and there has even been some anti-fans.

Krystal let out a deep sigh and said, “I feel like my image is getting distorted. It’s upsetting and frustrating.” But she let out a big laugh and said, “But it’s my character- what can I do!” She continued, “I’m not really like that. I never use disrespectful terms to my elders or act violently toward them.”

Ahn Nae Sang, who plays Krystal’s father in “High Kick 3” said, “I was so shocked at Krystal’s natural acting skills. I think she will succeed later with her acting so I’m trying to look good to her.” To that, Krystal said, “I’m so thankful that he is viewing me that way but now I have pressure to be even better. I worry that he might be disappointed when he sees in me in other projects later.”

Krystal revealed that she is very close to Lee Jong Suk, who plays her older brother in “High Kick 3.” She said, “Jong Suk is quite the clown. When I’m yawning, he puts his finger in my mouth or nostrils. But he’s so much fun. I feel like I’m his younger brother.”

“High Kick 3” is Krystal’s second sitcom after “More Charming By The Day.” She expressed that she is still afraid of acting in a miniseries or a drama series. She said, “I asked Yoon Kye Sang oppa and Suh Ji Suk oppa if movies or dramas are very much different than sitcoms. They said that it was very different. I sort of hoped that they would say it’s not that much different but I guess that’s not the case. It’s scary to challenge myself but someday, I really want to go for it. I especially really want to do some action scenes where I’m on wires and flying around in the sky.”

Krystal was cast in an entertainment agency at the mere age of seven. But she started her trainee years since she was ten years old and when she was fifteen, she debuted as an artist in 2009. It would’ve been hard for her to work both as an artist and an actress at such a young age but she says, “I started because it was fun and enjoyable. I can’t give up neither singing nor acting.” She continued, “Sometimes, I don’t know how I came here or how I’m doing this. I’m human too so it’s natural for things to get hard for me. But when I think about quitting, I get dizzy. I can’t quit. There’s no reason. This is just something I have to do.”

Krystal admits, “I’ve never really shown acting that I was completely satisfied with. I think there’s still a long way to go in order for me to become a real actress.”