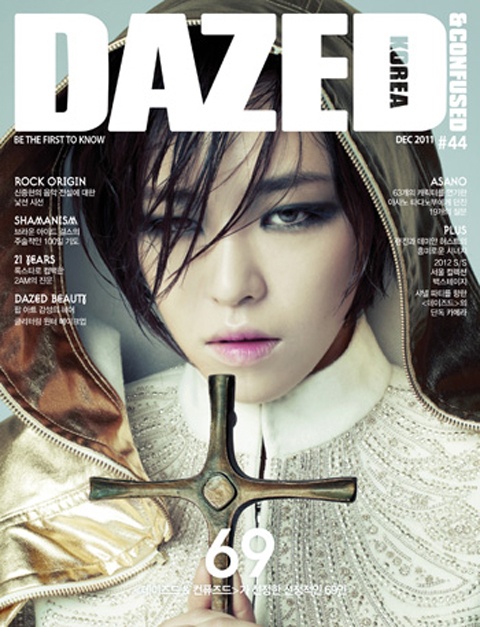 The Korean version of fashion magazine Dazed & Confused invited the Brown Eyed Girls to be on the cover of their December issue.

The glamorous quartet posed as religious figures but with the same sense and original touch characteristic of their musical world. The overall pictorial gives off a mysterious, gloomy and spooky vibe, surrounded by the recurring themes of Catholicism.

The members are wearing traditional black dresses, inspired by nuns’ tunics, along with their heavy make up. Their hairstyles strongly stand out and are not hidden by a black veil. They also hold items such as pink and blue recorders and candles in their hands.

Instead of going for the complete religious look, the photo spread revolves around the opposing ideas of tradition and modernity as JeA, Ga In, Miryo and Narsha are certainly not your average nuns.

Ga In appears on the cover of the magazine, setting the mood for the rest of the photoshoot. She wears a gold hoodie which acts as a contrast to her white and elegant habit and her holding a cross.

What do you think of these ladies’ look?

Brown Eyed Girls
Dazed & Confused
Ga In
How does this article make you feel?