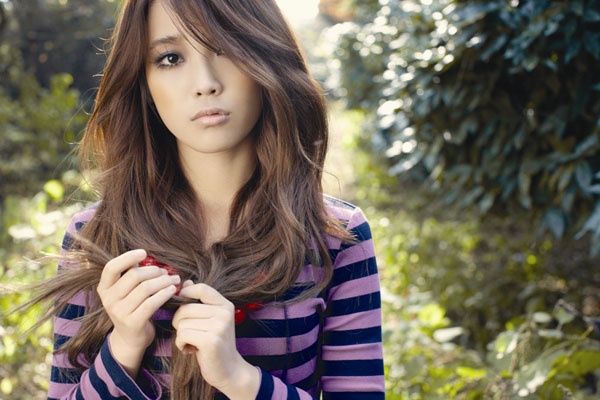 IU Falls While Walking on her Way to Receive an Award

On her way to receive her first big music award, IU fell right on her tush!

On November 24 at the Seoul Olympic Stadium for the 2011 Melon Music Awards, IU’s song “Good Day” was chosen as the “Best Song” winner. On her way to pick up her trophy, IU surprised everyone when she slipped and fell.

As soon as she landed on the side of her butt (which must have been very painful. Ouch!), she got right back up. Because she stood up mere seconds after her landing, there was some pain and she limped slightly when finishing the walk to receive her prize.

After receiving the trophy, she said shyly, “Hello everyone. It’s nice to meet you. It’s-” before bursting into fits of laughter. She continued, “This is such an honor-” before giggling again. Actually, she didn’t finish her sentence.

When she regained composure, she continued, “I am so grateful to my family and for my agency family. I want to return all of this glory to them” before stepping off the stage.

Other artists and groups asked her if she was okay, but IU just answered with a small smile, indicating that no major damage was done.

You should put some ice on that IU, there might be a nasty bruise. Kudos for walking that off so coolly!

IU
2011 Melon Music Awards
How does this article make you feel?