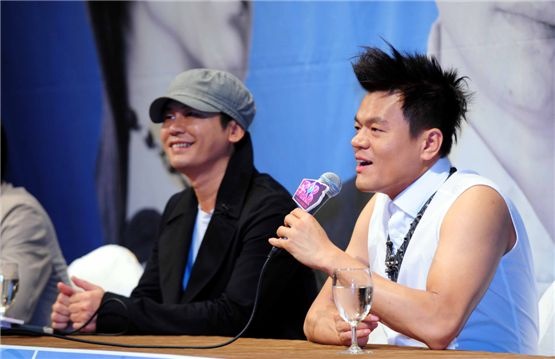 Park Jin Young, the founder and head of JYP Entertainment, said he wasn’t too impressed with the contestants on recent audition programs.

Appearing at the press conference for the upcoming SBS “K-Pop Star” survival audition program, Park Jin Young said, “I didn’t find any contestant from other audition programs that I liked. Our company never signed an audition program contestant so far. There were people that showed interest in our company but we declined to sign any of them. But ‘K-Pop Star’ is different. I’ve already seen five applicants that I wanted to sign.”

He continued, “The most important thing for recruitment is not to have any bad habits. All the contestants that had certain habits as a singer have been eliminated although they had good singing skills. The two most important factors are having a unique singing voice I’ve never heard before and not having any bad habits.”

The winner of the show will receive approximately $300,000 USD and a chance to release a global album. The first episode is scheduled to air on December 4.