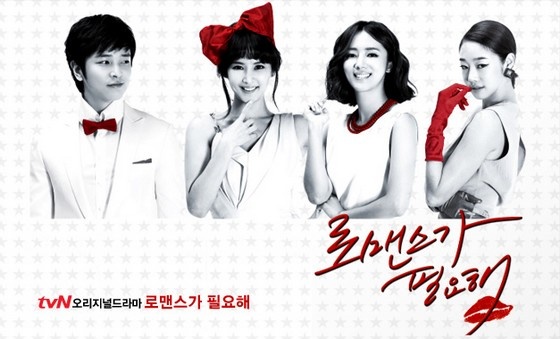 "I Need Romance" to Have Second Season Featuring New Cast

The cable drama “I Need Romance” was announced to have a second season, like other successful dramas as “Dream High” and “Full House.” However, as with the previously mentioned dramas, “I Need Romance” will also no longer feature its original cast members.

Baek Ik Hyun, producer of the drama made the announcement during a recent press conference. He confirmed that the “I Need Romance 2” cast will comprise of a new group of actors and actresses, but had not yet made any announcement on who they will be.

The first season of “I Need Romance” featured Kim Jung Hoon and Jo Yeo Jung. It was compared to the American series “Sex and the City” for its focus on the career and love of its female characters. The original 16-episode drama aired on cable network tvN in the summer.