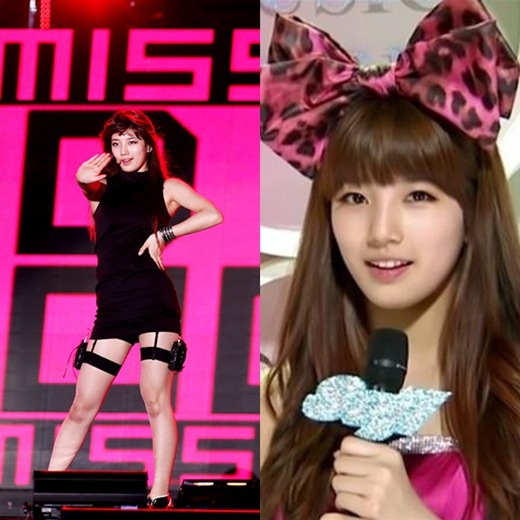 ***UPDATE: The “plastic surgery” Suzy mentioned in the show turns out to be teeth lamination. After this news was reported, Suzy’s representative addressed the issue saying, “What Suzy said in the show was, ‘I got two teeth lamination. I already did it so there’s nothing I can do about it.'” We’ll keep you posted with more updates!

At a recent filming of KBS “Invincible Youth Season 2,” miss A’s Suzy made a comment that hinted at the possibility of having gone under the knife.

Jewelry’s Ye Won first raised the topic as she said, “I got a cosmetic procedure on one of my body parts, after a fellow celebrity recommended it. But after the surgery, it looked pretty obvious that I got it, so I lost a lot of my confidence.”

Suzy followed up by saying, “I also touched (with plastic surgery) the same part of my body. But it should get better soon.” She also said she has an “appearance complex,” saying, “I have a lot of thin hair, and my ugly forehead is a big problem.”

Netizens who read the news reacted, “That’s Suzy’s most ridiculous comment,” “So your forehead is a problem? My body’s a big problem,” and “Suzy admitted to plastic surgery? She’s so cool!”

We’ll be able to find the rest of her comments in the upcoming episode of KBS “Invincible Youth Season 2” on November 26.

Suzy
Jewelry
miss A
How does this article make you feel?