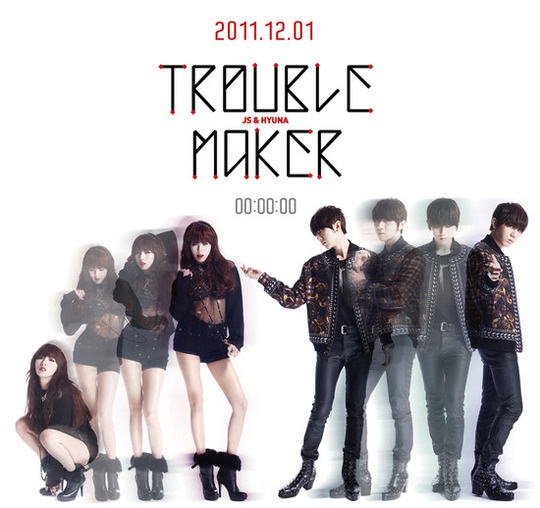 The teaser photo of Trouble Maker, the project unit duo of 4minute’s HyunA and BEAST’s Jang Hyun Seung, was released on November 25. The teaser shows sequence movements of each member, leaving a strong impression on the fans. Their dark outfit and white background give a charismatic feel to it.

Trouble Maker is Cube Entertainment’s last project for this year. Since news of their formation broke out, the anticipation level for their debut has been off the charts.

“Most unit groups release digital singles, but Trouble Maker will debut with a mini-album. They are Korea’s first male-female unit group, so look forward to their explosive stage performance,” Cube Entertainment said on their website.

The mini album is set for release on December 1. We’ll keep you posted with more updates!