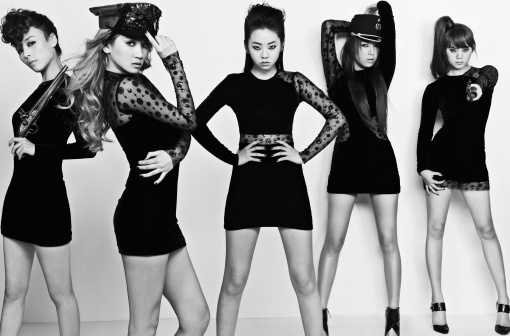 Just 20 days into its release, the Wonder Girls‘ latest comeback track, “Be My Baby,” has become the second most popular song of the year on digital music site Melon!

“Be My Baby” was released this past November 7, and for the three weeks into its release, has been ranked first on Melon’s daily chart 19 times in a row. This feat comes just after Leessang‘s “Turned Off the TV,” which currently holds the first rank title with 25 consecutive first places.

Other popular songs of the year include IU‘s “Someday” and Park Bom‘s “Don’t Cry,” which are both tied in third place with 18 consecutive wins, and GG‘s “I Cheated” in fifth with 15 consecutive wins. The Wonder Girls’ feat makes it all that more special for their producer, Park Jin Young, since it is his second song to rank in the top five most popular songs of the year, the first being his other production, IU’s “Someday.”

“Since their comeback, the Wonder Girls have been actively promoting amidst the support and love of many. They’ve achieved the feat of becoming the second most popular song of the year, which we’re all grateful for. This will definitely be of great strength for the Wonder Girls as they continue to work their hardest in their promotions. We would like to thank everyone once again, and ask that they continue to give us their support,” said officials of JYP Entertainment.

The Wonder Girls will be continuing the momentum with further promotions for “Be My Baby.”

Leessang
Wonder Girls
How does this article make you feel?