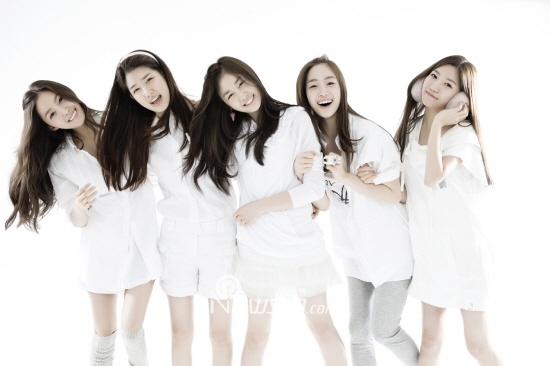 On November 27, the popular girl group T-ara, who has recently made their successful Korean comeback, was featured on MBC’s “Section TV Entertainment News”.

When the program’s reporter asked the girls, “Did you know that the Wonder Girls, who also made their Korean comeback recently, are allowed to date freely by their agency?” the girls were not able to hide their signs of envy.

Ji Yeon mentioned that her ideal man is the actor Lee Chun Hee, who recently married the actress Jeon Hye Jin. Ji Yeon continued, “I’ve sent senior Lee Chun Hee five video messages, but he never replied any of them”, making everybody burst out in laughter.

It even turns out that T-ara’s Hwa Young’s ideal type is none other than Leessang’s Gil. She also explained that she likes manly men with a body figure of a bun. With a big smile on her face, she continued, “I would love to learn hip hop when senior Gil has some spare time.”

What do you guys think? Would Hwa Young and Gil make a cute couple?