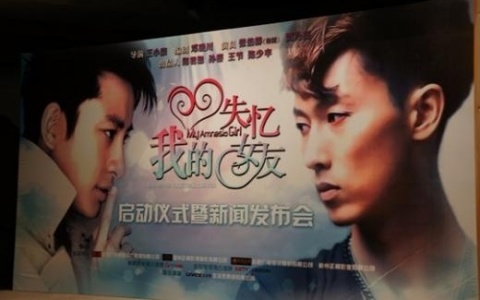 On November 28 Jang Woo Hyuk’s agency revealed pictures of the press conference for the Chinese drama “My Sileok Girlfriend” that was held on November 25. Nearly 100 different media sources were trying to get a chance to ask questions to Jang Woo Hyuk, and he was surrounded by hundreds of fans as well.

“My Sileok Girlfriend” is a romantic comedy about a girlfriend that keeps losing her memory and the episodes that occur because of her memory loss. Jang Woo Hyuk was cast as a main lead. At the end of November, Jang Woo Hyuk will fly to China in order to film for three months. The drama will air during the middle of 2012.

Jang Woo Hyuk stated, “This is the first time I am acting. I am very nervous but I will try my best, I want to be successful as an actor as well.”

Jang Woo Hyuk will hold a fan meeting / Show Case at Tokyo on December 4, to give out the warning shot for his upcoming Japanese debut.

Jang Woo Hyuk
How does this article make you feel?