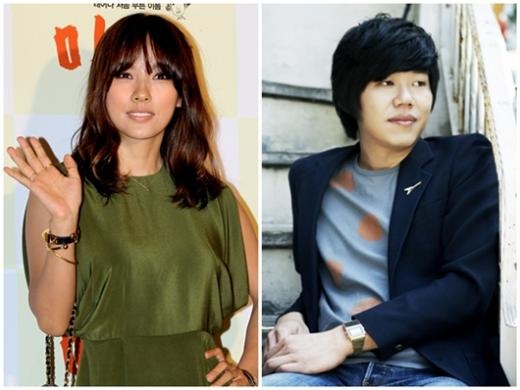 Currently both Lee Hyori and the singer song writer Lee Sang Soon admit that they were dating but they also stated that they aren’t exactly lovers as of yet.

Representatives of Lee Hyori stated on November 28, “Lee Hyori and Lee Sang Soon have known each other for a year. It has been about 5 months since they began to date.” “Currently the two are meeting together with emotions that are ‘more than friends’ however, it’s difficult to say that they are currently ‘lovers.’”

An individual close to Lee Sang Soon stated, “Lee Sang Soon has stated that he is currently dating Lee Hyori but I haven’t heard anymore more than that.”

So what is the reason that both of these celebrities are being careful about their official stance on the relationship?

Industry experts believe that they are trying to be respectful of each other. Both Lee Hyori and Lee Sang Soon are currently over 30 and if they announce that they are lovers, fans and the media alike will want to know whether they will wed or not. This would be a lot of pressure to the two.

Lee Sang Soon debuted as the guitarist of the band Roller Coaster in 1999. In the 2000s he majored in jazz guitar at the Conservatory of Amsterdam. He released a project album with Kim Dong Ryul in 2010.

So the sexy diva Lee Hyori is in an “official” relationship, what do you think?

Click Here to Read More News About This Couple!