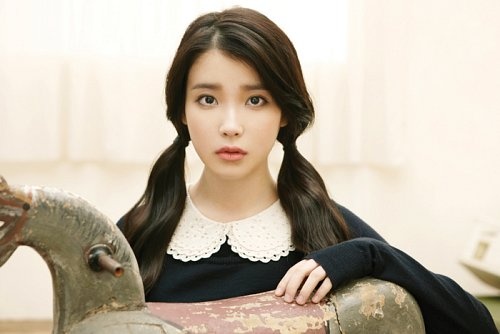 IU Releases New Still Cut from "You and I" Music Video

Anticipation for IU‘s comeback has been building all year long since she said farewell with her chart-topping hit, “Good Day,” earlier in the year.

Now that she’s finally gotten things rolling with the release of her music video teaser for her title track, “You and I,” off of her comeback album, “Last Fantasy,” IU is ready to keep the momentum going.

On November 27, she’s returned with a brand new still cut image from a scene out of her music video that is already garnering quite the attention amongst netizens.

The scene looks looks like something out a fairy tale with soft, muted colors in what looks to be a calm night. IU is seen watching over the sleeping form of actor Lee Hyun Woo, drawing out a bout of curiosity from the viewer as for the role he’ll be playing in the music video.

Loen Entertainment has already revealed that IU will be showing a more mature side to her cute image, and we won’t be waiting for long, as it’ll all be unraveled with its full release on November 29.

IU
Lee Hyun Woo
You and I
How does this article make you feel?