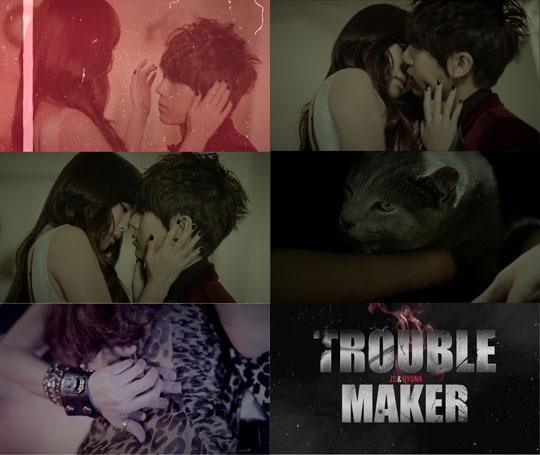 In the 15 second video, HyunA and Hyun Seung create a steamy scene, getting cozy with their hands around each other. The soft whistle sound comes to an abrupt end with HyunA smashing the screen.

Trouble Maker’s first mini album will be released on December 1. The unit duo’s debut stage is scheduled for December 2 through KBS “Music Bank.

4Minute
BEAST
HyunA
Trouble Maker
How does this article make you feel?