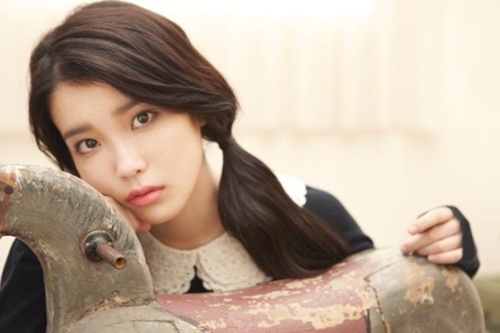 IU Releases “You & I” Music Video

IU has released the music video for her new single, “You & I.” Written by the same song writers of “Good Day,” “You & I” has similar sounds that perfectly match IU’s high-pitch vocals.

Starring IU herself, the MV has a fantasy-like vibe with a dramatic storyline where she time traveling to the future. You can also see some of her sweet dance choreography throughout the MV, where child actor Lee Hyun Woo also makes a cameo appearance!

In addition to her new single, “You & I,” IU’s second full album, “Last Fantasy,” also hit stores on November 29. All 13 tracks of the new album have topped various online music charts on the day of its release. Don’t miss her first performance of “You & I” on KBS “Music Bank” on December 2.

Thunderstix is the Editor-in-Chief for soompi.com. You can email him at eugene@soompi.com, or follow his twitter.com feed at @eugenekim222.
IU
Last Fantasy
How does this article make you feel?