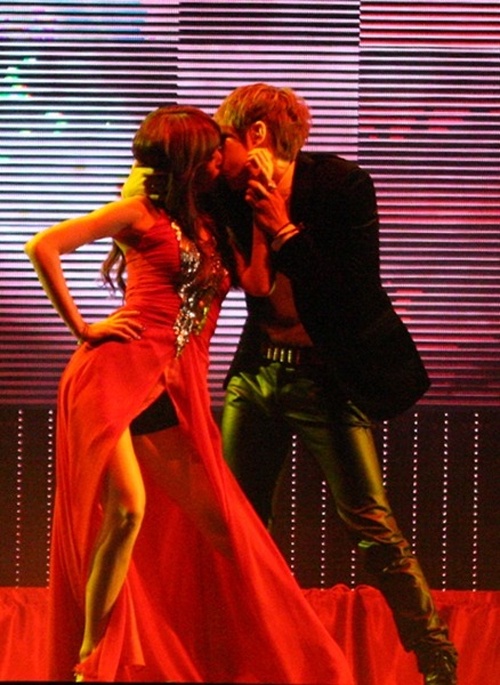 The steamy kiss shared between 4minute‘s HyunA and Beast‘s Hyun Seung has been the talk of the night ever since it was performed live on stage at the “2011 Mnet Asian Music Awards.”

The two Cube Entertainment artists collaborated for their Troublemaker unit group, and their performance is still the hottest trending topic of the day, ranked first on portal sites and search rankings.

Fans are probably dying to know whether the “kiss” was performed spontaneously, as a stunt, or whether it was all planned. Fortunately, an official from Cube Entertainment clarified, “The kiss was something agreed upon by the directors prior to the performance. The stage was special in that not only is it a place where they could wrap up the past year’s success, but also debut their new unit collaboration. Upon agreement with the directors, their kiss performance was created.”

The official also revealed, “However, their lips did not touch lip to lip, but rather lip to cheek.”

The new bit of information has some protective fans relieved, but regardless, fans can still look forward to the unit’s debut on December 1.