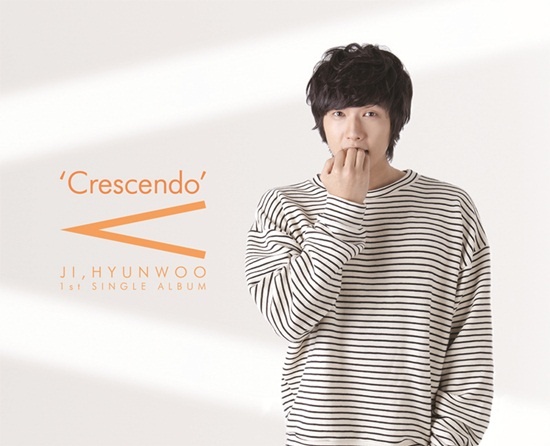 Although Ji Hyun Woo is more active as an actor in recent years, he forged a career as a singer and lead guitarist of the three-man group The Nuts that debuted in 2004. He had continued to be active with The Nuts until 2009. “Crescendo” is Ji Hyun Woo’s first release in two years, and the first in his career as a solo singer.

“I hope the songs in ‘Crescendo’ will be songs you play for your loved ones,” he said.

Ji Hyun Woo most recently played the lead character in the movie “Mr. Idol.” In the film, he was a member of the fictional idol group Mr. Children, along with Jay Park, Jang Seo Won and Randy Kim. He is also a cast member in the currently airing weekend drama, “A Thousand Kisses.”

“Crescendo” is released digitally and is already available on music sites.