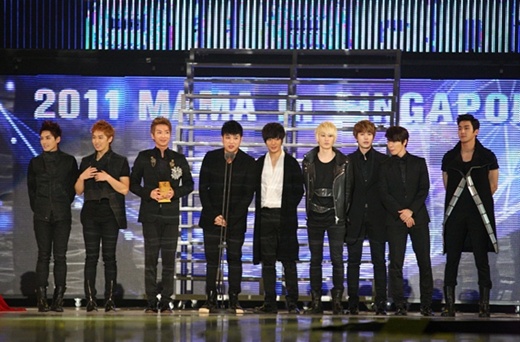 After a fruitful year, Super Junior is still ready to get things rolling with the release of their first original Japanese single, “Snow White.”

Super Junior will be heading for Japan for their “Super Show 4” concert on December 10 and 11 and are also slated to be releasing the Japanese version of “Mr. Simple.” “Snow White” will be included in the album, and the song is described as a warm, medium ballad that is perfect for the winter season.

The official added, “They won’t be promoting the album in Japan, however.” Instead, Super Junior will be focusing on their “Super Show 4” committments.

The “Super Show 4 In Osaka” in particular will be held at the Kyocera Dome before heading out into other parts of the world including the rest of Asia, Europe, and the Americas. To no surprise, tickets for the group’s Japanese stop have all been sold out.

Super Junior’s Japanese homepage updated with an audio preview, so check it out below: