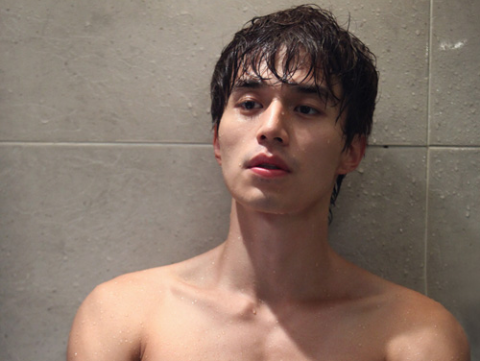 Actor Lee Dong Wook confessed, “I own over 200 manhwa books” in last night’s episode of tvN’s “Taxi.” He revealed that he grew his dream of becoming a movie director through reading manwha books.

“The Scent of a Woman’s” star stated, “While acting, I’ve developed a lot of interest in producing. My dream is to become a film director twenty years from now.” He added, “I spend most of my free time reading manhwa books because it’s similar to storyboards. It’s a tremendous help in my directorial studies.”

He has quite a huge collection with over 200 books. Lee Dong Wook sheepishly told, “I liked reading them since I was a little kid. But back then, I couldn’t afford to read as much manwha books as I wanted because of my family’s financial situation, and it must have developed into this han. Now, I just buy as much as I want and that’s how I ended up with several hundred.”

Lee Dong Wook also shared his story about his actual directorial experience. Before his enlistment, he had produced and acted in a short clip for long time friend KCM’s concert. However, during his time in the army, he was surprised to see that clip featured in a rookie singer’s music video. Lee Dong Wook stated, “It was my first time producing, so I was unfamiliar with everything and unskilled. I was embarrassed to cue my fellow actors.”

Lee Dong Wook
Scent of a Woman
Taxi
Wild Romance
How does this article make you feel?