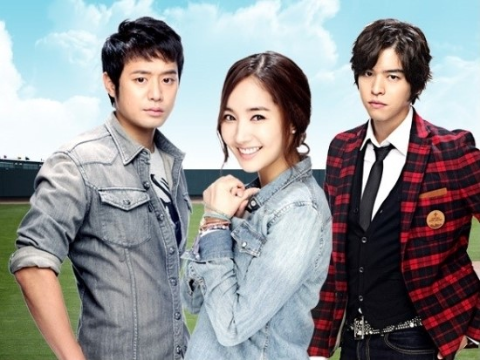 For the past 16 episodes, viewers were left with the thought that nothing can rain on “optimist” Jae In’s parade. She’s developed into the sweetest character who puts others before herself. However, yesterday’s episode left viewers with the possible thought that Jae In might give herself over to the dark side. Ok…ok…maybe not the dark side per se…she’s not going to go around killing off Seo Jae Myung and his minions, but she’ll probably go around kicking Ewoks. Kidding…At least now she’ll seek revenge for her family…or not…

Throughout yesterday’s episode, Jae In was at a crossroads, unable to decide who to trust – Seo Jae Myung, who claims her mother had passed away a few weeks ago, or Park Goon Jah, who tells Jae In that her mother is alive and well. As her father’s closet friend, Jae In initially finds it hard to believe Seo Jae Myung is lying to her, especially since he’s the one who told her who she really is. However, after a series of strangely overreacting moments by him, she decides to test him, asking, “There was a yellow and red banana on the table. Which one did the monkey that lied constantly like more?” Seo Jae Myung answered, “What nonsense. No such fruits exist,” confirming his untrustworthiness to Jae In.

In the end, Jae In follows her instincts, trusts Young Kwang’s mother, and heads over to the hospital, holding a sign and asking people if they knew which room Yeo Eun Joo, her mother’s name, was hospitalized in. A group of security guards end up dragging her out, but a sympathetic nurse comes to the rescue and tells Jae In that Yeo Eun Joo is in room 806. Surprised and shocked that her mother is indeed alive and so close, she rushes to room 806, but finds it empty.

Predictably, as predictable as any other kdramas are, mother and daughter run – well in Eun Joo’s case gets pushed away – past each other without recognizing the other. Jae In opens the door to find not her mother, but Seo In Chul, Seo Jae Myung’s right hand man. She look towards the bed that her mother was in minutes ago with a range of emotions – happiness that her mother is alive, resentment towards Seo Jae Myung for lying about her death, and rage as she assumes that he was probably involved in moving her.

Rightfully, she shrills at Seo In Chul, “My mother was here just moments ago. Wasn’t she? Where is she? Where is my mother!” Will this be the turning point for our normally amiable Jae In? Will she finally take what’s rightfully hers and give Seo Jae Myung what he deserves?

For those of you who have been following the drama, what are your thoughts? Did you like the episode? What dramas do you want us to cover? Consider this your open thread to rant and rave about the memorable scene of the day!