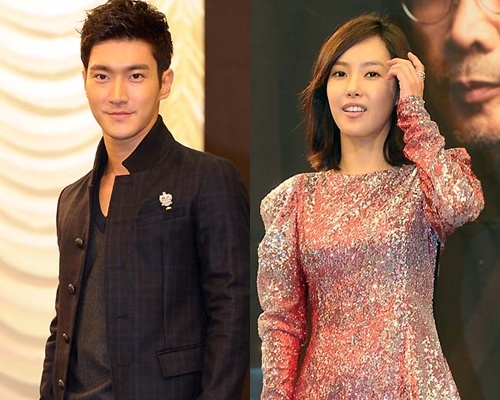 Rumors spread that Super Junior’s Choi Siwon and actress Kim Yoon Suh are dating. The official response from Choi Siwon and SM Entertainment is that the rumors are false.

The media circus began when Star N News allegedly received a phone call on December 9 that the two were dating. Since September the two new met on the set of “Poseidon” which recently ended in November.

Kim Yoon Suh’s agency stated that the two were close during the drama, and that staff of the drama have asked the question, “Are the two dating?” However, they were also very careful stating, “The two were only friends at the time, we need to ask Kim Yoon Suh if there was anything more concrete but she is currently in Bali.”

SM Entertainment has stated, “We checked with Choi Siwon and the news that the two are dating is not true. The two were merely friends and nothing more.”

Currently, Choi Siwon is in Osaka, Japan. The news spread on the internet while Choi Siwon was rehearsing. SM Entertainment went directly to him to find out.

Stay tuned to Soompi.com to hear more updates on the matter.

jbarky is a senior editor for soompi.com. You can email him at barkjason@soompi.com, or

Super Junior
Kim Yoon Seo
How does this article make you feel?