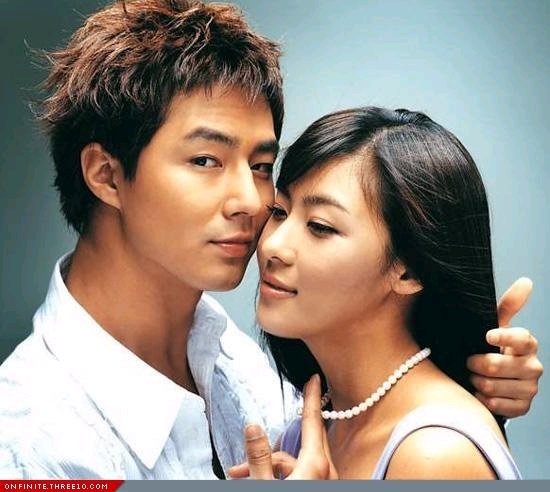 “What Happened in Bali” couple Jo In Sung and Ha Ji Won are teaming up onscreen again in an upcoming MBC drama, according to local news agencies. Reports say the two actors are confirmed to take on the lead in “The King,” which was once offered to Hallyu frontrunner Lee Byung Hun.

“The King” is the first time in seven years that Jo In Sung and Ha Ji Won will couple up in a drama again, since 2004’s “What Happened in Bali.” The reunion of the two actors is raising anticipation for the drama, since both had stated filming memorable kissing scenes with each other. They are also known for having a good working relationship that translates to a strong screen chemistry.

Jo In Sung comes into the project from the stalled “Kwon Bup,” which was supposed to be his first post-military service project. Ha Ji Won, meanwhile is wrapping up her film “Korea.”

With the leads now onboard, the drama’s production is accelerating efforts to lock in the other cast members. Veteran actor Lee Soon Jae, who “The King” team has worked with previously in “Beethoven Virus,” is said to be in talks for a role.

“The King” is a fantasy melodrama about a king from the North and a princess from the South who fell in love with each other. The drama is set in an alternate universe where the king still rules the country. Its director Lee Jae Kyu and writers Hong Jin Ah and Hong Ja Ram were the team behind 2008’s “Beethoven Virus.”

“The King” is expected to start shooting soon in preparation for its March 2012 broadcast.