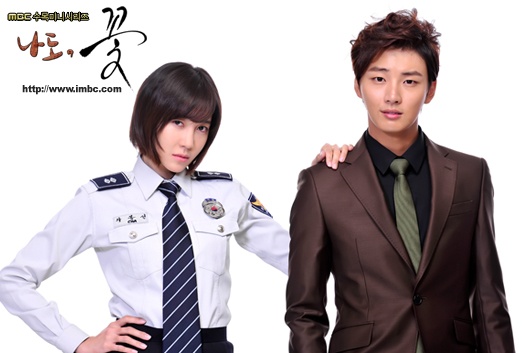 "Me Too, Flower" Might End Early Due to Poor Ratings?

MBC’s currently airing Wednesday-Thursday drama “Me Too, Flower” might end at 15 episodes, according to reports from local news agencies. The drama, starring Lee Ji Ah and Yoon Si Yoon is originally planned for 16 episodes.

According to the reports, MBC is planning to end “Me Too, Flower” early since the drama is floundering on domestic ratings. It has not gained on its competition in the same time slot, SBS’ “Deep-Rooted Tree” and KBS’ “Man of Honor.” The network hopes to launch its replacement, “The Moon Embracing the Sun” earlier than its planned January 2012 broadcast, in an attempt to regain position in the ratings.

“Me Too, Flower” has met with challenges throughout its production. The public has raised questions on Lee Ji Ah’s casting, as it might be too soon for her to come back to the scene after a divorce controversy. Its original male lead Kim Jae Won met an accident on the first day of shooting, which prompted his withdrawal from the drama and replaced at the last minute with Yoon Si Yoon.

There is no final word from MBC on its decision to pull the plug early on “Me Too, Flower.” Stay tuned to Soompi for more updates.

Lee Ji Ah
Me Too, Flower
Yoon Shi Yoon
How does this article make you feel?