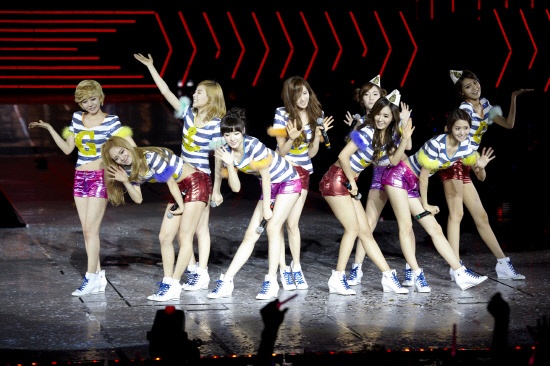 We’ve all been holding our breaths for it, and the gears are finally turning! SNSD has announced that they will be officially stepping into the American market with Interscope Records!

On December 20, SNSD will be releasing a maxi-single of their latest comeback hit, “The Boys,” under Interscope Records, a major label under Universal Music that also has artists like Eminem and Lady Gaga.
The maxi-single will include not only the English version of “The Boys,” but also an a cappella version and a disco remix that will surely be leaving fans chanting “girls bring the boys out” all month long.

Considering the success they received in October with their 74th rank achievement on the American iTunes chart, much focus and attention is being put on how much higher the girls will be raising the bar this time around.

In the mean time, fans can look forward to the girls continuing their promotions in Korea with their follow-up, “Mr. Taxi,” as well as several appearances at year-end award ceremonies and Japan NHK’s “Kohaku Uta Gassen.”

interscope records
The Boys
How does this article make you feel?