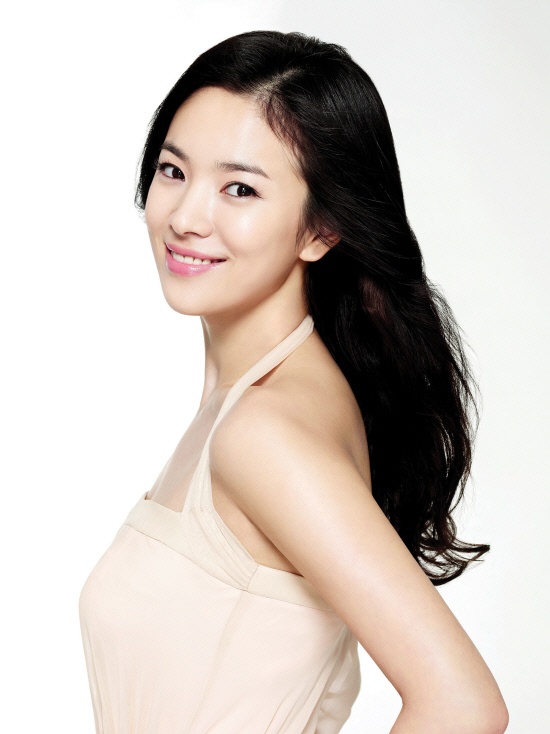 Actress Song Hye Gyo once again teamed up with world famous photographer Paolo Roversi. She is featured on the front cover of the December issue of Vogue magazine. Song Hye Gyo is the only Korean actress that Paolo Roversi has worked with a second time. (Did we mention that he is the third most highly acclaimed professional in the photography business? Wow.)

Song Hye Gyo’s representative said, “Roversi is one of the most renowned names in photography. It’s very difficult to get a photography collaberation with him, even if you request it. To have him work with Song Hye Gyo again is just amazing. It was a fateful and memorable experience for the both of them.”

On the cover, Song Hye Hyo radiates feminine beauty and mystique. Her pose is natural, and her unique print dress makes her voluminous S-line silhouette stand out. The grey tones of the background complement the mystical and dreamy feel of the picture.

Her hair and makeup were done differently than usual. The cold, dreamy colors of her eye makeup contrast with her nude colored lips, creating a dreamlike look where solitude and elegance are combined. Her expression, makeup, hair, and apparel bring out a side of her that we have not seen before.

This is the second time Song Hye Gyo has been featured on Vogue. In May 2007, she became the first actress in Korea to become a Vogue model, and within four years she has graced the cover once again.