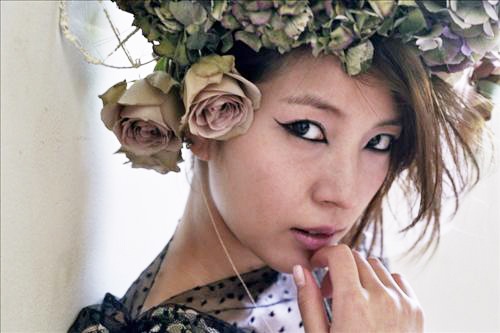 BoA‘s older brother, pianist Kwon Soon Hwon, appeared as a special guest on SBS show “Star King” on December 10. He took part in a truth or dare game with eight other people where he claimed to be a member of a famous star’s family. In the game “Real vs Fake,” every person had to prove a celebrity was part of his or her family.

Kwon Soon Hwon in the end proved to be BoA’s older brother, even if it was very hard for the panelists to believe they are related, since they do not resemble each other. During the game he confessed, “My sister does not even know I am here.”

Kwon Soon Hwon brought with him some childhood photos. He also showed his talent as a pianist and hip-hop dancer. He also talked about BoA’s drinking habits, “When my sister turned 20 we drank often. When BoA drinks she can repeat again and again the same story but she will say it is the first time she is talking about it, until 5 in the morning.”

BoA’s brother, who also is a producer and teacher, also said he is always trying to support her sister’s career.
After his appearance on the TV show, BoA’s brother, Kwon Soon Hwon received good comments from the netizens online like “I have the same drinking habits like BoA. I would like to engage a drink battle with her!” or “I really enjoyed watching his brother than hearing about BoA’s drinking habits.”

BoA also has another older brother, Kwon Soon Wook who is a music video director. He directed BoA’s MV “Game.”

BoA
Kwon Soon Hwon
Star King
How does this article make you feel?