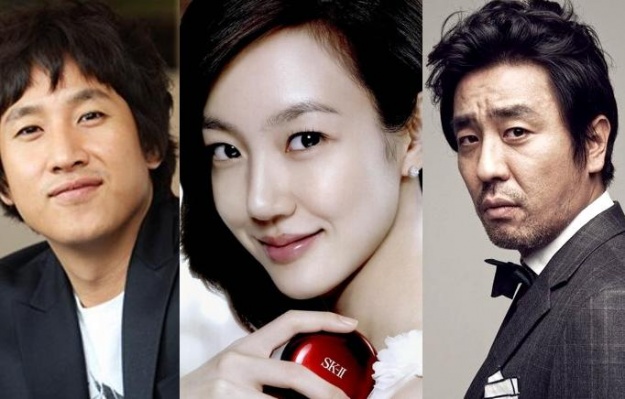 The film “All About My Wife,” starring Im Soo Jung, Lee Sun Gyun and Ryu Seung Ryong, started it’s shooting on November 27 and several still cuts have been released.

“All About My Wife” is about a man who plans to execute the perfect divorce with his wife by hiring a “casanova” to allure her.

On the first day of filming, a scene where Doo Hyun (played by Lee Sun Gyun) tries to stay as far away from his wife, Jung In (played by Im Soo Jung) as possible by pretending to have to work outside of the city.

For this film, Lee Sun Gyun sheds his sweet charisma that he usually has in his previous roles and plays Doo Hyun, who has a cute and slightly dorky personality as he tries to escape his wife, who he thinks is the scariest woman in the world.

Im Soo Jung also undergoes a transformation into a blunt and strong-tempered wife of seven years. Ryu Seung Ryong plays a charismatic playboy, who has undeniable charm. Their chemistry on-set was said to be right on the spot.

Im Soo Jung especially garnered attention for shedding her long-time image of innocence and purity by sporting a blazing red dress and thick red lipstick. When playing Jung In, Im Soo Jung may seem like the best type of woman to the audience due to her mysterious yet loveable image. However, to her husband, she is the worst kind of wife. This completely different image for Im Soo Jung is bound to bring high anticipation for this film.

Despite the recent passing of Lee Sun Gyun’s mother, the movie was still able to go into production on a normal schedule. Check out the still cuts below!