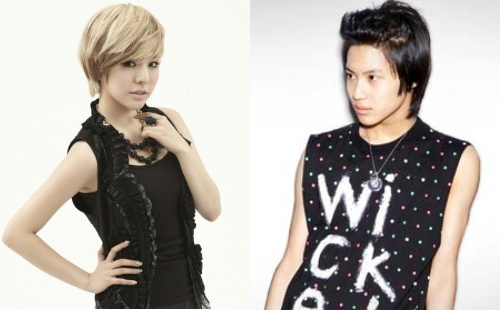 SNSD’s Sunny and SHINee’s Taemin, who were earlier reported to voice the lead characters in the upcoming animated movie “Kid Koala” (also known as “The Outback” and “Kid Koala: Birth of a Hero”) have begun work on their roles. Photos of the two idols in the recording studio were recently released.

In “Kid Koala,” Taemin voices the character Johnny, a white koala that was an outcast in the circus. He goes on a quest to save the natural resources of Australia. Sunny meanwhile will voice Miranda. Taemin and Sunny are the Korean counterparts of Yvonne Strahovski and Rob Schneider in the English-language release of this Korean-American joint production.

Along with behind-the-scenes photos, the first poster for the film was also made public. “Kid Koala” will open in cinemas in 2012.

SHINee
Kid Koala
Sunny
Taemin
How does this article make you feel?