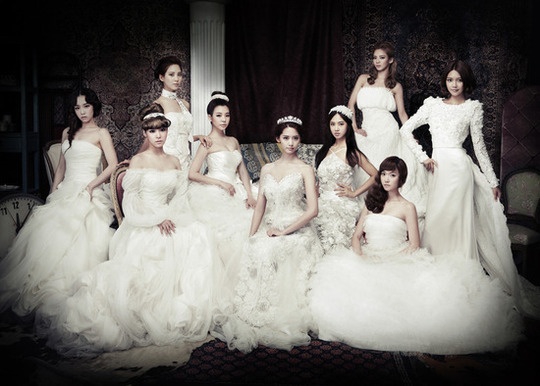 SNSD‘s American debut is setting to make new heights, as it has just been revealed that world renowned rap artist Snoop Dogg has made a featuring in their U.S. maxi-single release, “The Boys!” As we reported earlier, SNSD will be housed under Interscope Records for their American debut, the same record label that is home to artists like Lady Gaga, Eminem, and the Black Eyed Peas. The full maxi-single is scheduled for release all over the world through iTunes on December 20, and a Korean release the following day on the 21st.

The girls will be bringing out a top quality album that will surely be one to contend with, as Snoop Dogg has also been enlisted for help. Not only that, but Interscope’s rookie rapper, Lil Play, will also be featured in the “The Boys” remix version.

This isn’t all, as the girls are set for another special album release, that will contain “The Boys,” through Universal Music on January 17 in the States and Europe. The special album will also contain SNSD’s songs in Korean for fans who have a hard time purchasing their Korean songs overseas.

interscope records
Snoop Dogg
The Boys
How does this article make you feel?